Me, where are you? On finding yourself after Motherhood - THE FIT MUM FORMULA

Me, where are you? On finding yourself after Motherhood It was one dark cosy evening in November when I sobbed and screamed on the sofa while my husband sat there utterly bewildered. Why had this caring selfless wife and mother suddenly changed her mind?

Let’s go back to 1997, with the body of an 18-year-old. An early developer, put me in a mini skirt, heels and low-cut top, find a random bloke to take me by the arm to walk me in, and that’s how I ended up beginning my clubbing career at 13 years old. 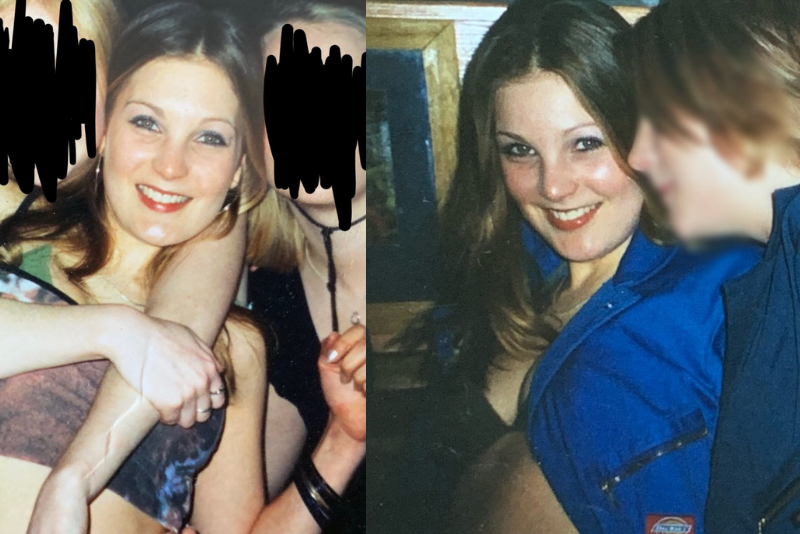 Over the next 10 years I would party until dawn (no my parents couldn’t stop me), I was a groupie to boybands, stalking TV studios and hotels at unearthly hours, pulled all-nighters on beaches on family holidays and fraternised with inappropriate boyfriends including having to visit one in prison 500 miles away from where I lived with no money and not telling anyone where I was going. Needless to say, I’m here to tell the tale. After being accepted to a prestigious stage school I then went on to develop a serious eating disorder and was hospitalised three times before being diagnosed as being on the Bipolar spectrum.

So when I met my future husband in a local pub and we got a house together, I was more than happy to settle down. I’ve done life. I’ve seen things. I’ve experienced and tested and tried and pushed the boundaries and now I was finally ready to make a home and be a Mummy. And I got the two beautiful little girls I’d always dreamed of.

So why was I so hysterical on this night, feeling so frustrated, so tied down, so trapped.

The time of year is not insignificant. My birthday is early December. Another year, another fine line or grey hair found. It started at 29 when at 30 I finally cut off my bum-length hair because I didn’t feel it fitted my age any more. The following year I booked a pole dancing party for my birthday with friends. This time, approaching 35 (half way to 40!) the numbers were looking scary.

And that’s not to say that the number of your age matters at all. It’s just a number, you are the age you choose to be……..they tell us. Well that’s not how I feel however hard I try and reason with myself. Because every year is another year I won’t get back, another year of achieving, what?

The kids are alive and well and happy so yay! But that’s not enough is it Mums?

Don’t get me wrong it’s not like I’ve never gone out in 10 years (my eldest turns double digits in 2019). Having my own fitness business has taken me to events, and I’ve met some cool people, and there’s even been a couple of after parties thrown in and a 2-day trip to America (one time). But that averages about twice a year over 10 years, hardly a social life.

My husband is self-employed with no set schedule or routine, and he’s often back late, either due to work of because he’s popped into a friend’s or the pub on the way home, and I have no issue with this at all, because life is for living and enjoying spontaneous moments. Except, where’s mine?

Getting a babysitter isn’t easy, I’ve never been happy leaving them with someone they don’t know well and I’m well aware being less controlling here would have given me more freedom, so even other parents seemed to stop asking me out to drinks or meals, knowing I’d probably turn it down. And should I stay up past 10pm? It’s me who has to be up the next morning either way. Oh, the days of eating cereal in bed watching the Hollyoaks omnibus until midday…….

We live in a fairly quaint but also sociable village in rural Sussex, so not exactly Soho but there’s a social life to be had if you choose to. Hubby has a handful of good mates he sees but more than that he has freedom. It’s a given that as the children’s primary carer if he wants to ‘pop out’ he just does, with no planning. I on the other in have to schedule in when to pick up milk.

He even took a 6-month trip sailing down the Mediterranean coast with a friend as the trip of a lifetime, something that shocked most other Mums. ‘How could you let him do that?’ ‘How do you cope?’. 1. It’s not a case of ‘let him’, he’s not a dog and can make his own decisions. 2. On a practical level I do everything at home anyway so I ‘cope’ better because I don’t have a third overgrown child to pick up after. 3. Travel is amazing, and I knew it would make him a bigger, better person.

Makes him sound like a selfish pig doesn’t it? That’s not what I want to imply at all. We are the centre of his world and our relationship is utterly amazing, even more so after he went away as we realised how much we needed each other, if not for practical reasons then because we’re soul mates.

But, and I repeat, where’s my time?

And so when I dared to mention he was getting bored living in this little village without the fun that places like Brighton and London (both places we’ve lived before) bring, I snapped.

HE was bored? HE felt trapped? HE doesn’t get out enough? HE has so few friends? I realised my ‘friends’ in the area hadn’t asked me out in…..I can’t remember how long. Because I will always say no. I couldn’t remember the last time I went out just for fun and not something work related. Do I even own a party dress?

But this was just compounding on an already difficult issue. My Step-Mum’s cancer diagnosis was announced terminal, and though we don’t have a time line and she could have many years left, it’s been a shocking realisation for my family that life is too short.

And I wasn’t going to do it anymore. Waiting for the right time. Putting things off. Telling myself I’ve had my fun and it’s time to settle down now. I felt like I was being suppressed into this model Mum and wife who disapproved of sweets on weekdays and thinks a late night isn’t worth the next morning. I felt like I was going to burst and if I didn’t get some release in a controlled way it was going to happen in an uncontrolled way. As someone prone to mental health issues, that’s not a risk you take lightly but equally, why not? Why can’t I go out and have fun? Be irresponsible and flighty and careless and…….just live life for the moment?

Who says we don’t have the money to visit X or go to Y? Why can’t the kids stay at so-and-so’s for a sleepover? They’ll probably enjoy it. Something in the paper look cook? Let’s do it! Do it now, book it now, figure it out later, clean up after.

And so began a new chapter. I booked myself onto weekly pole dancing classes (something I’d wanted to do for ages, but evenings were such a nightmare getting out of the house). I spent birthday vouchers on a couple of party dresses and got my hair highlighted. I went to the pub with hubby, to a bar with friends, to a Christmas meal with my pole-classmates. Boyzone concert with my sisters? Done Magic Mike Live with my high school bestie? Done. Visiting the Lake District (something I’ve always wanted to do)? Tick. Late night? Nothing coffee, dissolvable vitamin C and a big bowl of porridge can’t at least help. 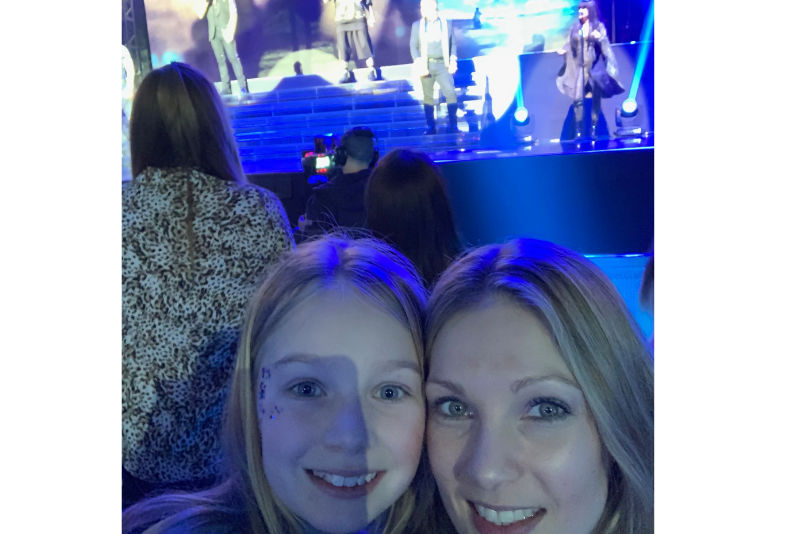 Kids are fed pizza sometimes? Fine. Bathroom didn’t get cleaned? It can wait. Because it’s not just my social life I’ve got back, I’m more relaxed about everything. My Step-Mum came to stay with us on my birthday weekend and I wanted to make sure the house was clean and tidy, especially since her immunity was low from the chemo. She said something that stick with me – ‘Remember I’m coming to see you not your house’. And how right she was. None if us will look back on life in our final days and wish the kitchen floor wasn’t so grubby. That hangover was forgotten a long time ago. The credit card was paid off eventually and the holiday was worth every penny of interest.

If I only ever wanted to achieve one thing in life it was to be a Mummy, and to ideally have a little girl, who I’d call Aurora. As Aurora approaches her 10th birthday party and is growing closer to being an independent teenager every day, and as Mum grits through another chemo session, and as I go through every November realising there’s another number coming up, I’m reminded that life is so, so short.

I love being a Mummy but I love other things too and I need me, and I want the people in my life to live each of their days to the full too. It’s too easy to get consumed by the packed lunches and reading folders and taxying to clubs and giving the cat the flea stuff and occasionally even cleaning the microwave. But there’s more to that than life, much, much more. And I’ve finally got me back at last. 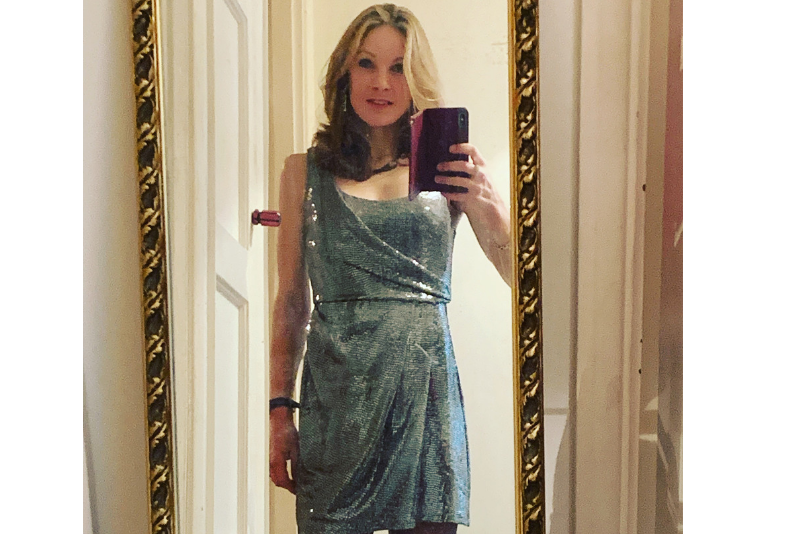